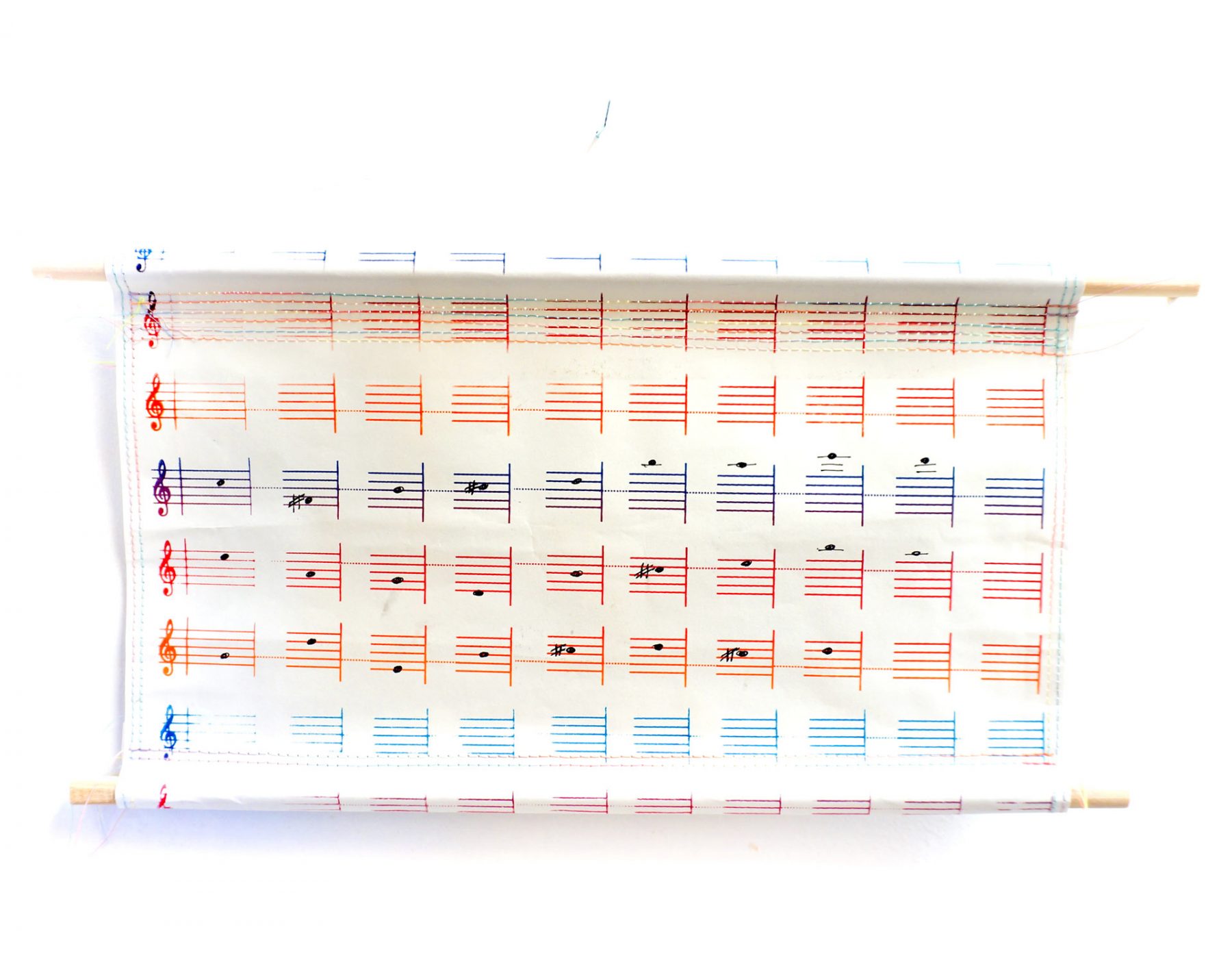 Notes: This scroll is the unabridged score for a series of three cosine records I made with composer Danny Clay. Each line is the score to one record, and each record contains nine individual notes—essentially nine pure tones, pitches, or Cosine waves per record. (We could call these Sine waves since there is no perceptible difference in the sound of a cosine wave and sine wave of the same frequency. But Cosine just seems cooler and more independent minded than its played out corporate cousin Sine).

The records themselves are sonic prints hand molded from urethane resin and, somewhat miraculously, can be played on normal turntables. Danny designed the score so three records played simultaneously on three turntables magically approximate the effect of a harmonic chord. This year Danny and I used this trick to make our records function as looping elements in sonic installations and as playable instruments in music performances.