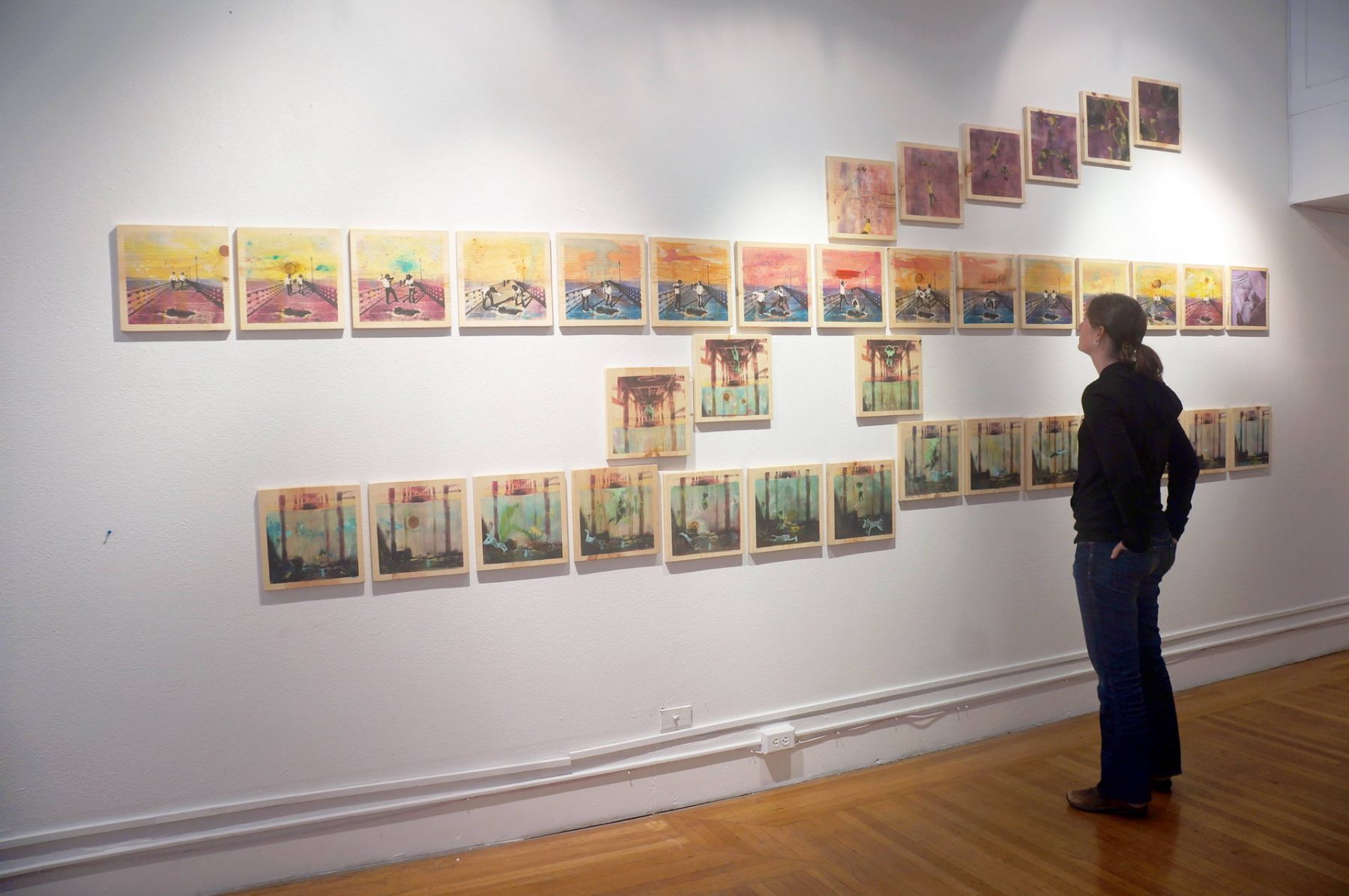 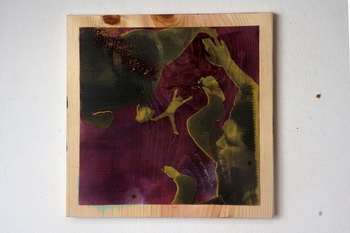 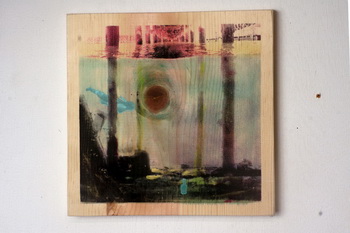 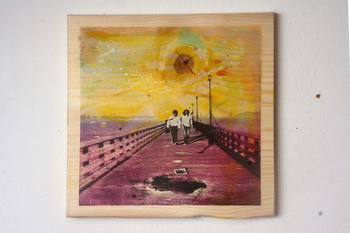 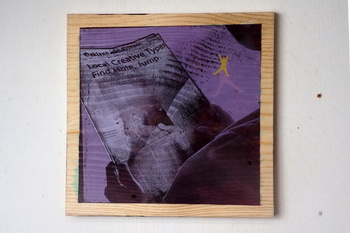 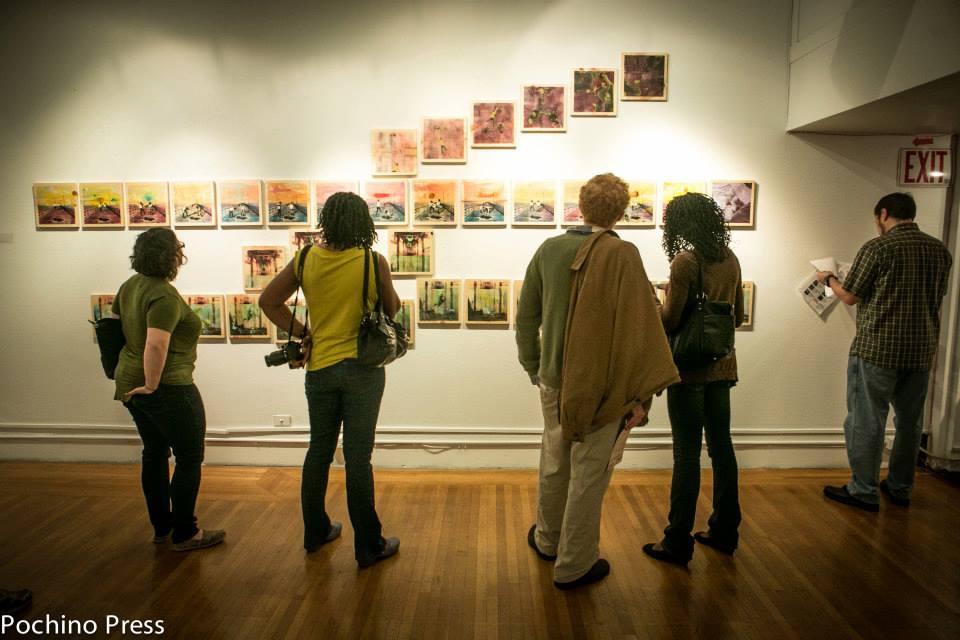 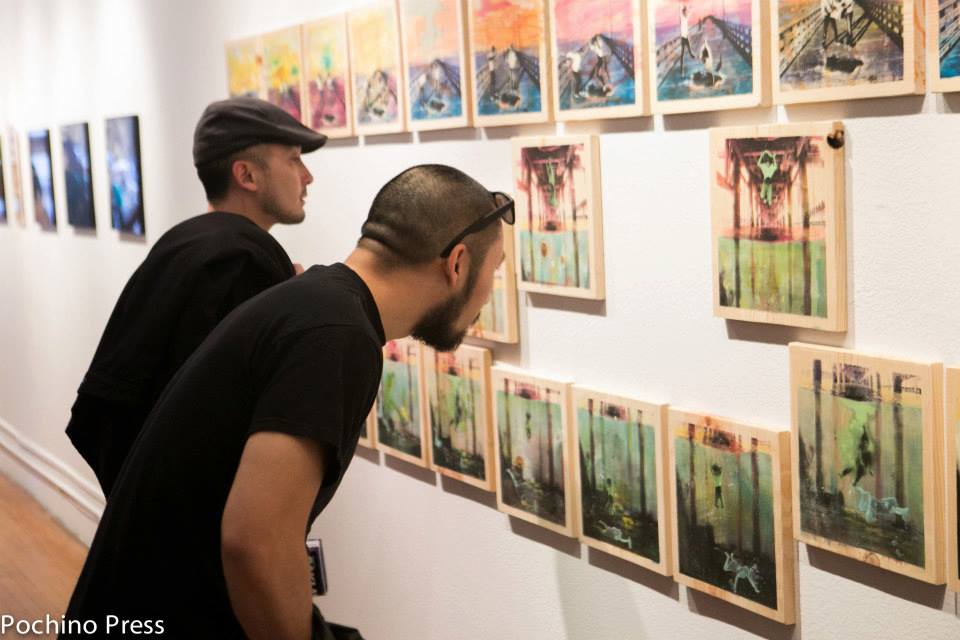 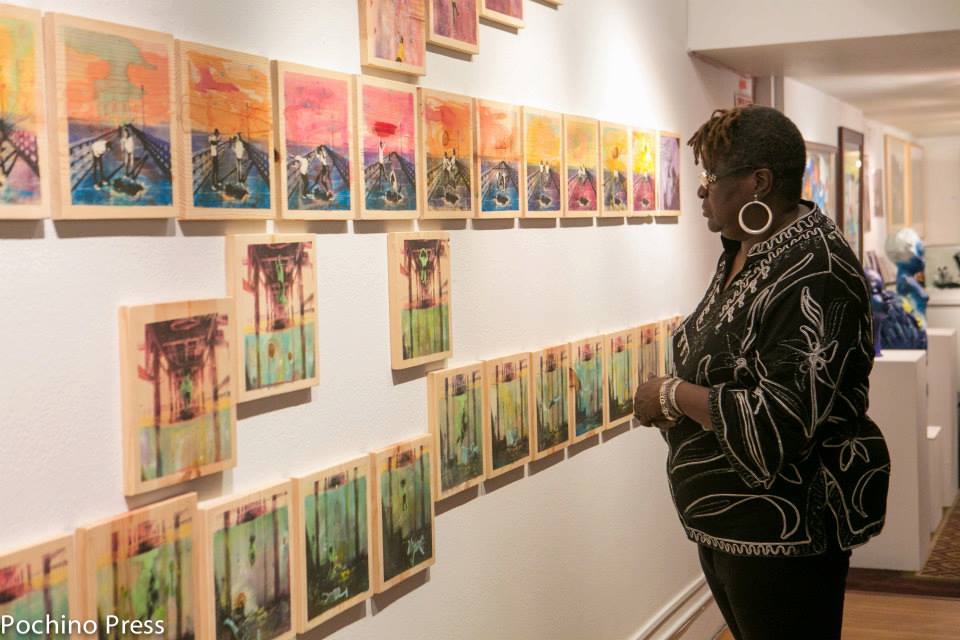 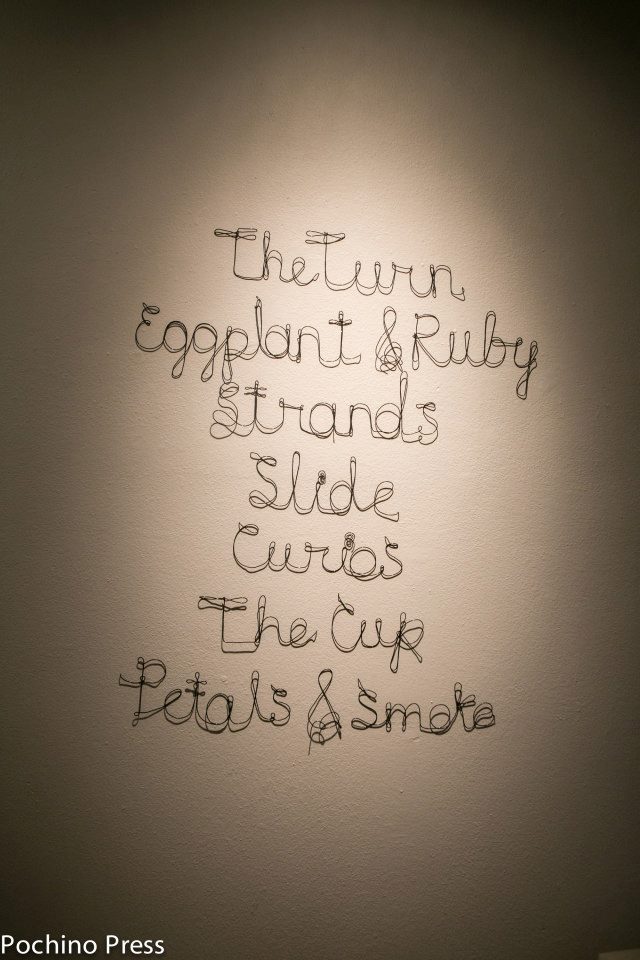 Catalog: Let there be light.

Notes:I exhibited “An Interview with Monica,” which was made for this show.

To develop this project, I interviewed the author and enlisted several adventurous friends (including Monica Zarazua) to improvise dozens of simple movements and sequences filmed using HD video on location at a variety of Bay Area locations, including the Berkeley Pier at sunset and underwater in a 60°F pool. individual images selected from single frames in the source footage were collected and reassembled to form intertwined fantastical stories that draw on motifs such as color, text, space, and movement. The result resembles something in between a period silent movie, a comic strip, and the pre-cinema locomotion studies of Eadweard Muybridge.